At first, you might want to check out a couple of other articles about how to set up a Django production server. There is that SimpleIsBetterThanComplex article, DigitalOcean also has its own one. Linode provides a documentation as well. You can also find your own path. Some of the documentations on the internet about deploying Django are similar to the level of identical. They have a common pattern. My business in this post is to reveal this pattern for those who did not set up a server before.

However, firstly, let's talk about why it is not easy as it seems.

Why is runserver not good enough?

Many documentations and StackOverflow answers simply states this:

Because it is only meant to be used in development environment.

And nothing more than that. I want to expand this a little more.

Let's assume you have an endpoint in your URLs as below:

While the client can see the details of a so-called contract on /contract/1 page in an HTML template with a nice template, they also have the option to download the contract as a file with /contract/1/download, the view of which is supposed to generate the contract as a -for instance- PDF and serve it as application/force-download (see what it means and discussions here).

That generation on the fly -assuming we do not cache- is a problem. runserver is a single process. So, if you deploy your application with runserver, this happens:

So, since runserver is a single process, one is blocked while the other requests something from the application. That is why we do not deploy with runserver.

In Django, at the end of the process, what we do is to simply generate a page (to put it correctly, a response) with the data given by the client for them to consume. That's all a web framework is all about in essence, it is to make this process easier for developers.

However, some things on our application (i) do not require data to be given by the client, (ii) are thing that do not change their own content, is not generated or in other words, are static and (iii) these contents are directly served from disk.

As you might have guessed, these are the scripts, the stylesheets, fonts, images and maybe much heavier media types such as photos, audios or videos.

When you run your server with runserver, all these things are served from within Django and Python in order to keep the development process as simple as possible. However, it is not a good idea to do so in the production because what you usually want to do is to send them from your server to client as fast as possible and do not want to lay the burden to Python to handle these things because Python already deals with Django and Django deals with rendering templates, responding to another clients, doing async stuff etc..

How do We Overcome These Problems?

So, overall, what we need are;

This is what we need and below is usually what we set up according to step-by-step guides on the internet;

However, that are the units in this schema?

You can change any unit in this schema with alternatives but the skeleton will remain the same.

We now know what units mean in this schema and now it is time to understand it. We can interpret this schema as below;

That is how request-response cycle works on a deployed Django application and that is why it is complex.

In this process, as you can see, requests regarding to static content do not reach Django, even Gunicorn. It is simply served by Nginx and it is good at serving assets.

As I have said in the beginning, my intention is to make you understand what you do in those step-by-step guides. I would recommend you to check out the deployment articles with this knowledge again.

I have a Python library project called tglogger. It is simply a logging handler that sends log records on your Python application to a Telegram chat. It has some features such as; 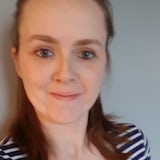 Me too, didnt know that part so very interesting to know, been playing with gunicorn at moment but had no idea about the nginx how hard which is a shame! Maybe as time goes on django will somewhat make it easier 🤞 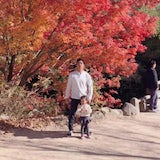 Thanks it helps me a lot!